Programming by co-incidence means that you're relying on accidental successes or boundary conditions.

Let's say we have a class Story, that tells exotic stories about cartoon characters. We invoke that story using new Story, but first it should be initialized so there is a method called init.

So if you want to hear a story, create a story object and then call the init method. And then call playStory and pauseStory to play or pause story respectively. 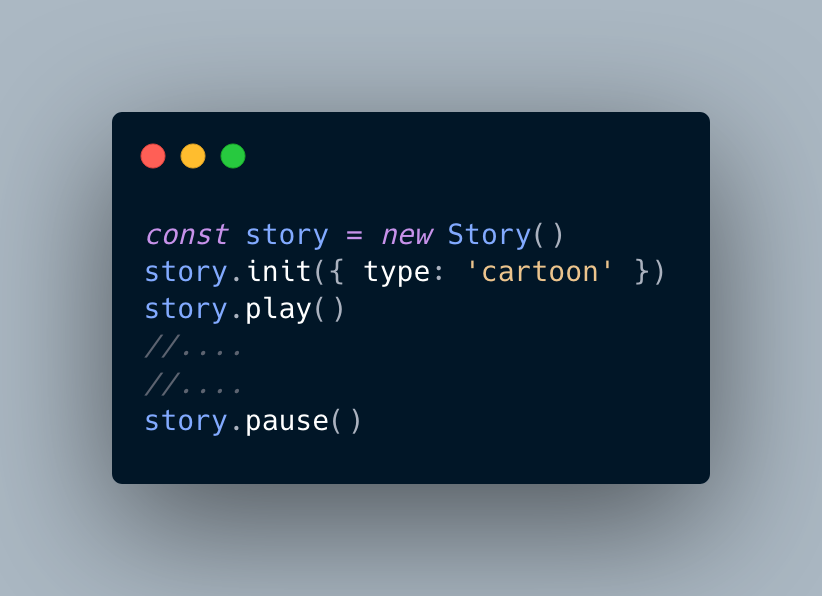 Then there came another programmer, who wanted to use the story not for cartoon characters but for space wars, a war fanatic we must say. This guy is restless, he didn't read the spec carefully. And he did this... 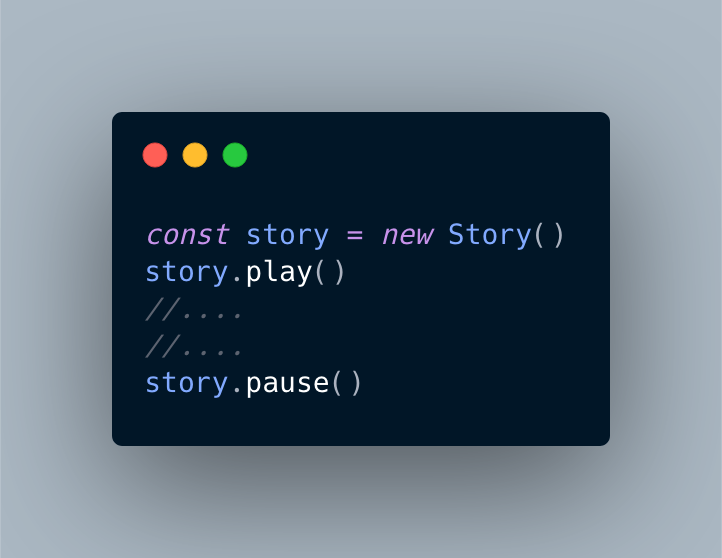 Now the story is god knows what state, then story object is messed for real, and play method throws an exception.

If you inspect carefully, there is a flaw in this program's design. It depends on the order of function calls, and the object stays in an inconsistent state between the calls. This inconsistency is a breeding ground for a lot of bugs.

Correct program design would have been

Pragmatic Programmers think critically about all code, including our own. We constantly see room for improvement in our programs and our designs.

Let's move to a more concrete example. Let's say there is an object called platform which has properties like app code and app version. Now someone changed it to a string containing only app code before the redux store is hydrated. 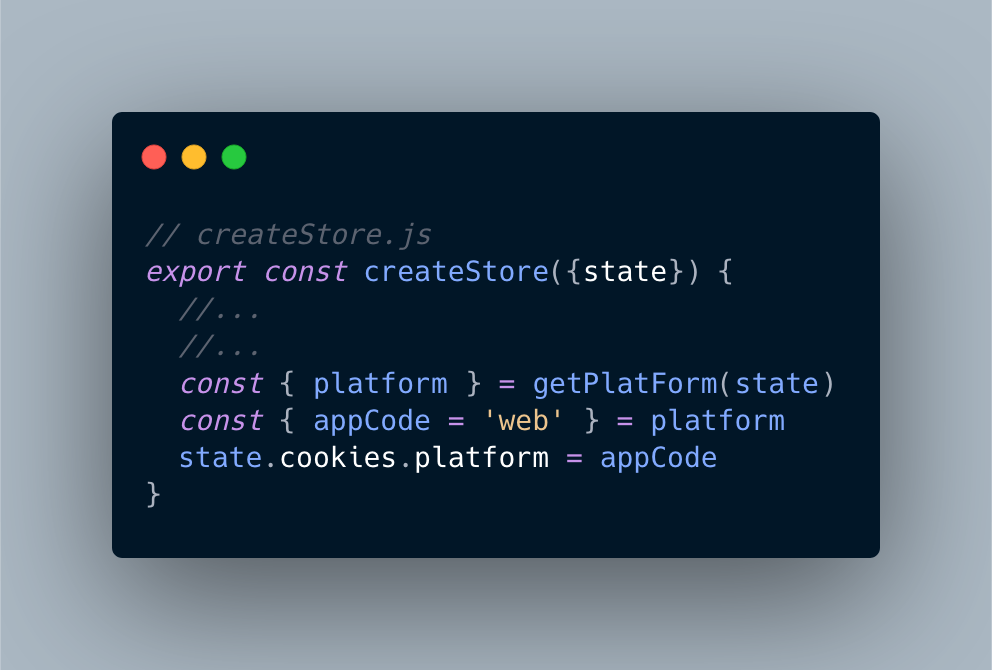 In a certain React Component, it is consumed like this 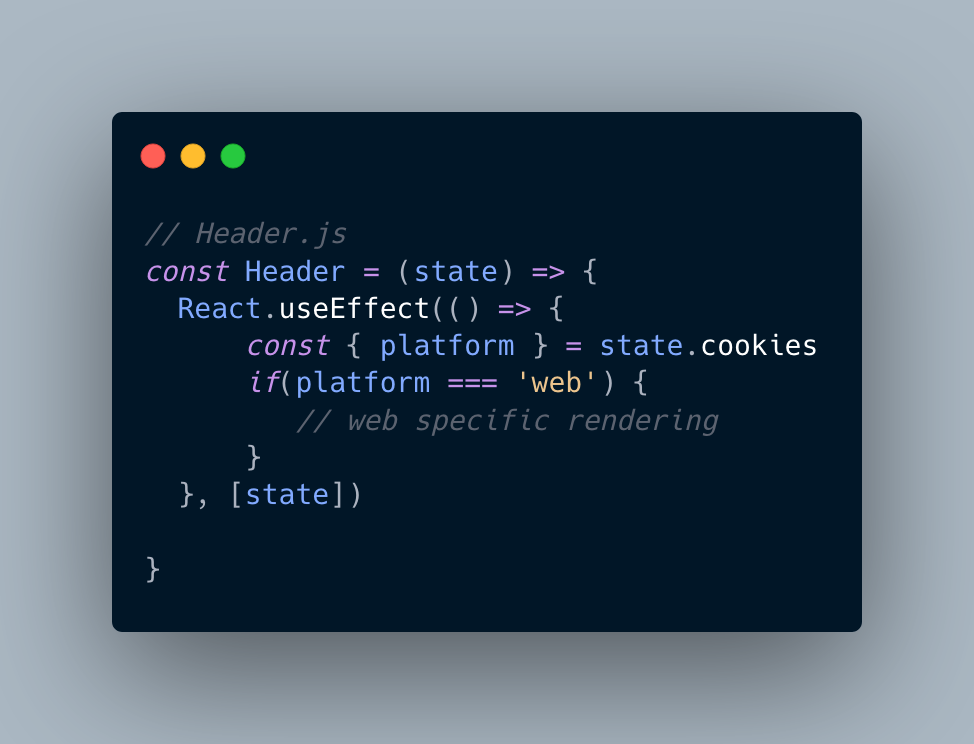 This entire code works fine. Because useEffect makes sure that it runs on the client-side only. Some mischievous soul came in and changed the component code like this 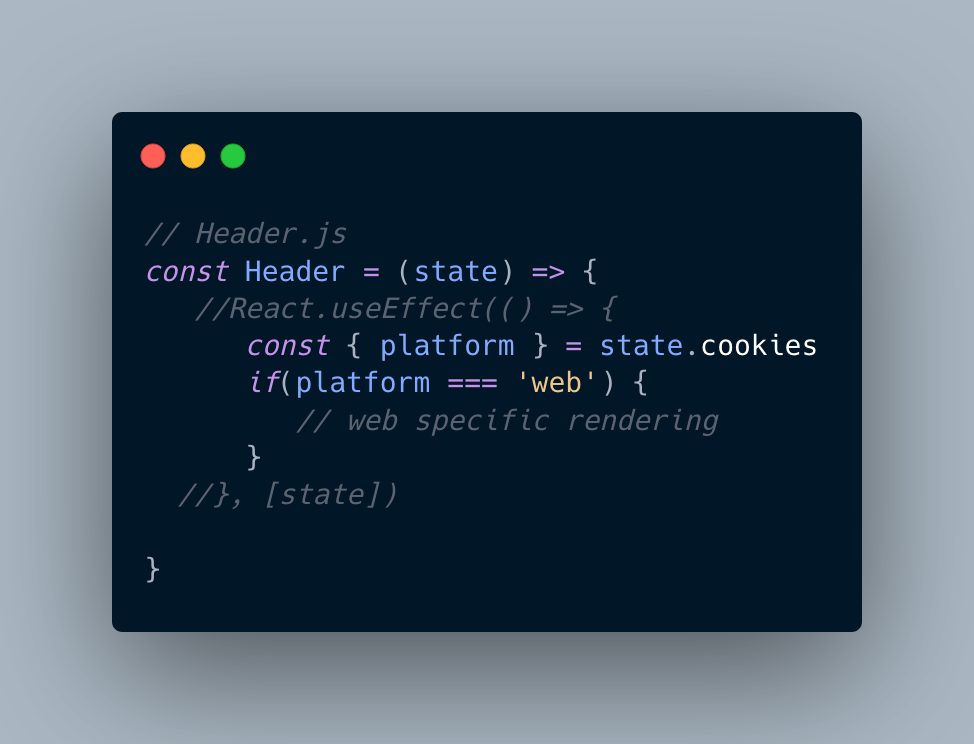 The safeguard of useEffect has been removed. Now, this component is rendered on client and server both. But there is a slight problem, that platform key is still an object on the server. Hence this component breaks in an unimaginable way.

So far, we relied on the useEffect to guard it, so it was working fine. But the value for platform was in an inconsistent state. It relied on the fact, that it has always been accessed on the client-side. So whenever a component tried to access it on the server side, it exposed the inconsistency of its shape. So far, it was just a co-incidence that program was working.

This is called Programming by Co-incidence. And pragmatic programmers(a term borrowed from the book - "The Pragmatic Programmer") never rely on the inconsistent state of an object to make its program work.

The solution to the above-mentioned issue is to keep it either an object or a string on both client and server. In the end, I'll leave you with a thought that I read in the book "The Pragmatic Programmer".

As developers, we work in minefields. There are hundreds of traps just waiting to catch us each day. We should be wary of drawing false conclusions. We should avoid programming by coincidence--relying on luck and accidental successes--in favor of programming deliberately.